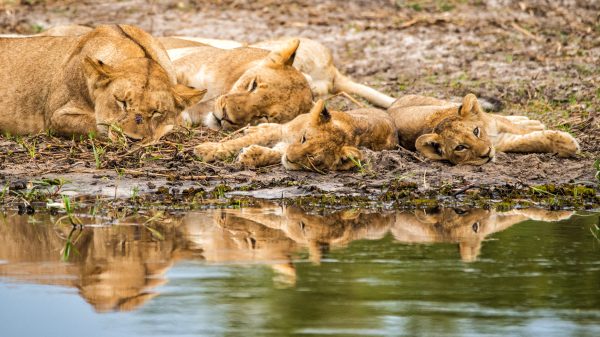 The Maasai Mara is a popular wildlife attraction as well as an important conservation and wilderness region in Africa. It is known across the world for its lion, cheetah, African leopard, and African bush elephant populations.

Most notably, it is the site of the yearly Great Wildebeest Migration, which has earned its recognition as one of Africa’s Seven Natural Wonders, as well as one of the Ten Wonders of the World. The Maasai Mara National Reserve, the Mara Triangle, and a number of Maasai Conservancies such as Koiyaki, Lemek, Ol Chorro Oirowua, Mara North, Olkinyei, Siana, Maji Moto, Naikara, Ol Derkesi, Kerinkani, Oloirien, and Kimintet are all part of the Greater Mara ecosystem.

Days 1 and 2: Samburu National Reserve
From Nairobi at 7.30 am, safaris head north to the Samburu National Reserve for two nights at one of the lodges on the banks of the Ewaso Ng’iro River Samburu Serena Lodge or Samburu Sopa Lodge, where most of the game is concentrated. Animals include giraffes, elephants, hippos, crocodiles, buffalos, lions, leopards, cheetahs and hyenas, and great species of birds. Look out for species here not seen further South such as Grevy’s zebra, Somali ostrich, and gerenuk, an unusual antelope that can reach up the trees on its hind leg’s accommodation is in a luxury lodge or budget two-person camping tent with foam mattress provided.
Overnight at Samburu Sopa Lodge
Meal Plan {Breakfast, Lunch & Dinner}

Day 3: Aberdare National Park
Heading South after breakfast, the option is to spend a night in one of the two unusual tree lodges in the Aberdare National Park. Treetops Lodge where Princes Elizabeth stayed in 1952 in the night that her father died and she became the Queen, or the Ark Lodge built in the shape of Noah’s Ark. At night, stay up to watch the game activities over the floodlit waterholes. This park is unusual in that it lies above 21,000m (68,880 ft.) and so has a more alpine feel, with mountains, streams, valleys, and moorland by the doorstep
Overnight at The Ark lodge
Meal Plan {Breakfast, Lunch & Dinner}

Day 4: Lake Nakuru National Park
After another morning breakfast, your safari will head to Lake Nakuru. Situated just a stone’s throw from Nakuru town, the attractive Lake Nakuru National Park surrounds the Lake of the same name, which is a haven for the pink lesser flamingo as well as hippos. Other species include various antelope, giraffe, zebra, lion, rhino, and leopard (which can actually be spotted during daylight hours in the arms of the giant yellow acacia trees near the entrance). Enjoy the great view from the park’s rocky escarpments and ridges.
Overnight at Nakuru Sopa Lodge
Meal Plan {Breakfast, Lunch & Dinner}

Days 5 and 6: Maasai Mara National Reserve
You will spend two nights in the Maasai Mara Game Reserve, Kenya’s most famous game park with an extraordinary density of animals, including the Big Five. In July and August, it’s also the scene of the migration, when hundreds of thousands of wildebeest, plus smaller numbers of zebra and antelope, arrive in search of fresh grazing from Tanzania’s Serengeti National Park to the south. The predators follow the herds, so this is the best time to witness plenty of animal action, especially if you get the opportunity to see the wildebeest cross the Maasai Mara River, where they have to dodge crocodiles too.
Overnight at Mara Sopa Lodge
Meal Plan {Breakfast, Lunch & Dinner}

Day 7: Nairobi
An early morning game drive in Maasai Mara before breakfast followed by late breakfast at the Lodge/camp and departure for Nairobi stopping sporadically for the breathtaking panoramic views of the rift valley and adjacent landforms. The tour returns to Nairobi late in the afternoon with sweet memories.
Overnight at Nairobi Safari Club
Meal Plan {Breakfast, Lunch & Dinner}

Days 8 and 9: Nairobi National Park
Spend at least half a day on a game drive in the Nairobi National Park, which with the city as a backdrop, is home to all of the Big Five except elephants, but these can be seen on the morning excursion to the David Sheldrick Animal Orphanage adjoining the park. Here you can watch baby elephants tearing around; kids will love it. they’ll also enjoy feeding the giraffes at the Langata Giraffe Centre. The nearby Karen Blixen Museum looks at Kenya’s colonial past. End one evening at the Carnivore restaurant, where meat is roasted on Maasai spears.
Overnight at Nairobi Safari Club
Meal Plan {Breakfast, Lunch & Dinner}

Days 10 and 11: Tsavo East and West National Parks
Leave your hotel after breakfast at 7.30 am to drive to one of Kenya’s oldest and largest national parks, which is split by the Nairobi-Mombasa road and railway. Its administered as Tsavo East and Tsavo West; its southern plains meet those in Tanzania’s Serengeti National Park. The diverse range of habitats mountains, rivers, forests, lakes, and grassland- is home to rhinos, lions, leopards, crocodiles, waterbucks, kudus, hartebeests, and zebras, as well as some of the largest herds of elephants in Kenya.
Overnight at Nguva Safari Lodges
Meal Plan {Breakfast, Lunch & Dinner}

Days 12 and 13 Amboseli National Park
Amboseli National Park is famous for its wonderful image of elephants on the grassy plains, with Kilimanjaro’s snow-covered peaks in the background. Plentiful game to look for includes zebras, wildebeests, giraffes, impalas, lions, and leopards, and birdwatchers may spot pelicans, African fish eagles, and pygmy falcons. As one of Kenya’s most popular parks, accommodations will be in either lodge or campsite.
Overnight at Kibo Safari club
Meal Plan {Breakfast, Lunch & Dinner}

Day 14: Nairobi
After early morning breakfast, proceed for an early morning game drive before departing Amboseli to drive north to arrive back in Nairobi in the early afternoon with sweet memories or be dropped en route to connect your transport to Mombasa. 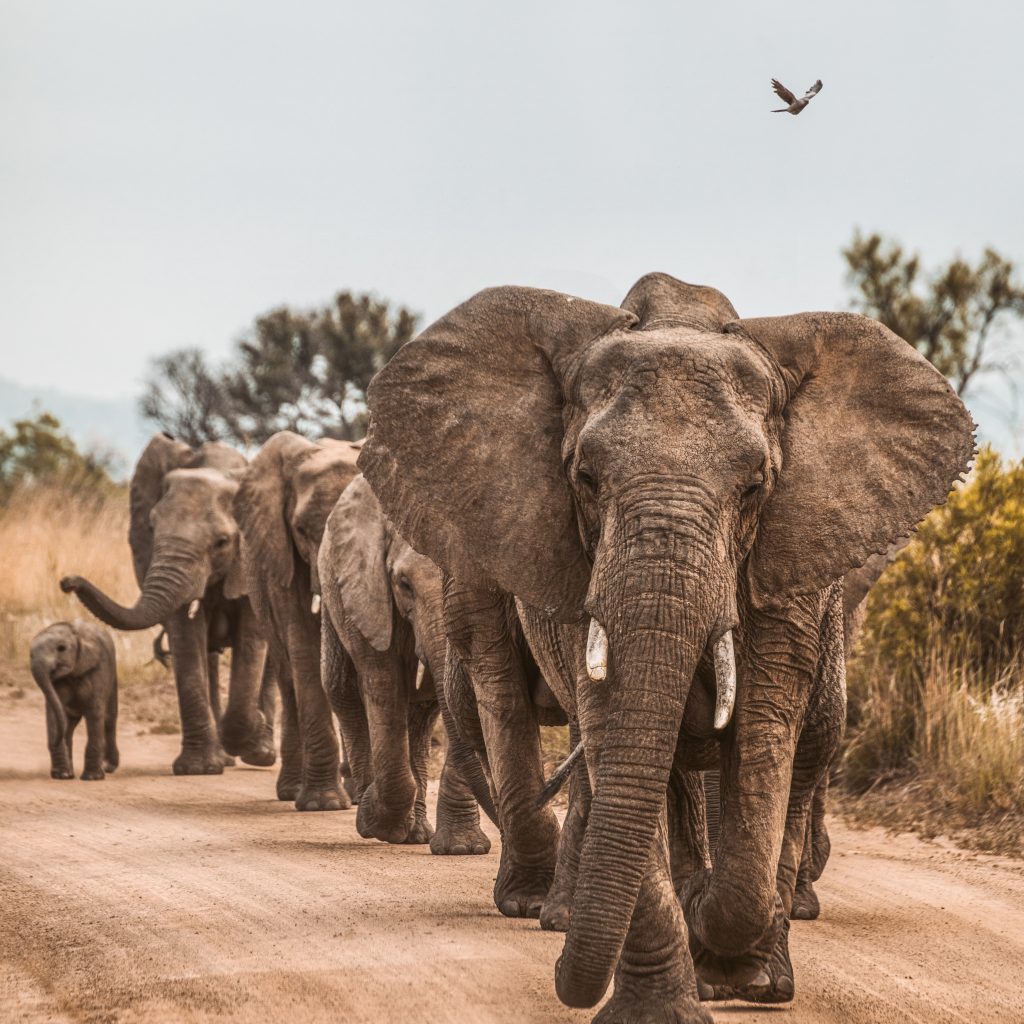 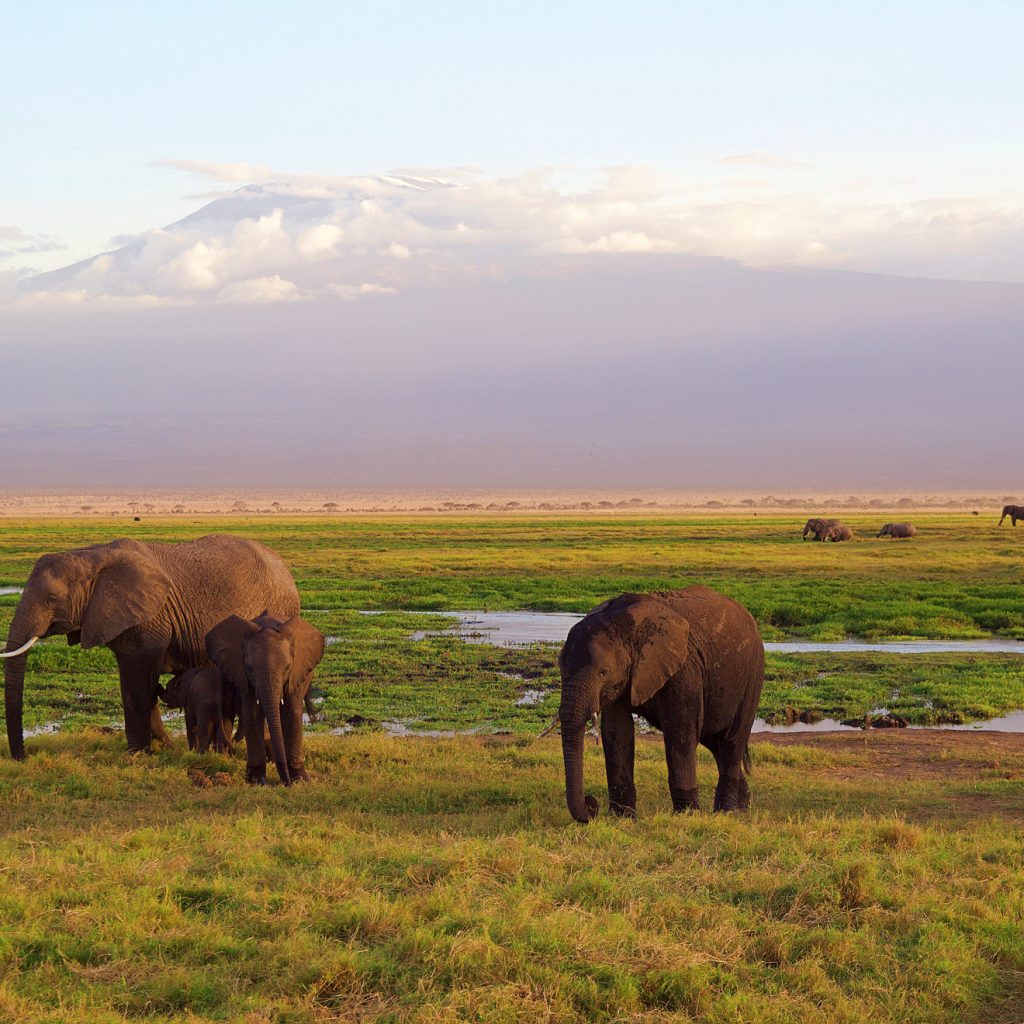