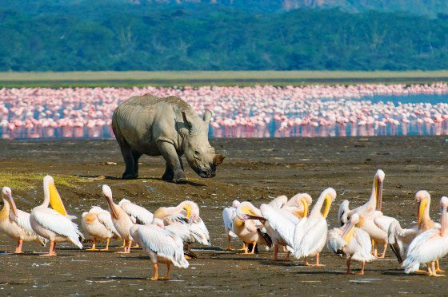 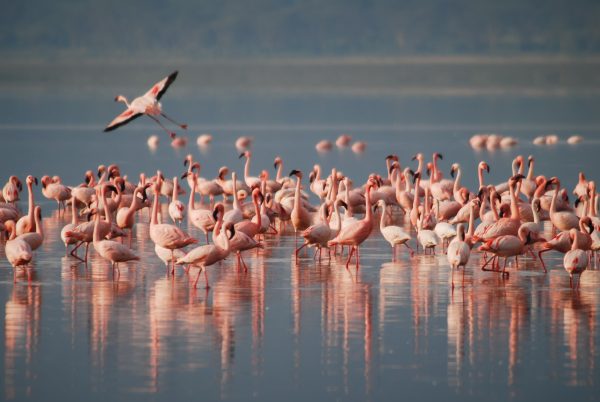 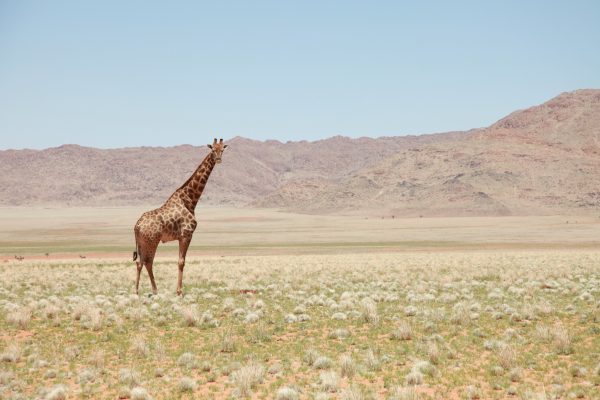 Lake Naivasha is a wonderful sanctuary to visit while your safari in Kenya. Papyrus swamps, acacia trees, forests, and unusual geologic features that are relics of the area’s volcanic history exist just beyond its beaches. An abundance of water, notably the Gilgil and Malewa Rivers, fertilizes the nutrient-rich soil, resulting in an environment recognized across the world for its diversified bird population as well as terrestrial game species. More than 450 different bird species have been documented, and migratory species join the local avifauna from October to March. Spectacled weavers, red-billed fire finches, grey-backed fiscals, grey-capped warblers, and other unique and colorful flying animals may be seen around the lake, steep cliffs, and woodlands. Cormorants and pelicans are the most visible, while African fish eagles are the most magnificent of the raptors. Hawks, cuckoos, woodpeckers, shrikes, and other birds may be seen as you go through the acacia woods, and a lone giraffe may peep through the thorn leaves branches out of curiosity.

Pick up upon arrival and then proceed to the Elephant Orphanage or Baby elephant Sheldrick Farm. This is the place where we have an orphanage baby elephant that has been rescued from our National parks and game reserves. Some of these elephants are as a result of poaching or the natural death of their mothers, or sometimes they are left by the family after falling either in a pit or valley where our KWS rangers save them from. Some have evidence of poaching as they have marks on their bodies indicating that they might have been victims of the vise. Thereafter proceed to the Giraffe center where we have endangered giraffes which is taken care of before they are introduced to the parks. After the two visits proceed to the hotel and relax for the remaining hours before embarking on safari the following day.

After breakfast as early as 0630am, then check out the hotel and proceed to Samburu. Samburu National Reserve is a Kenyan less visited Game Reserve and is situated within the Rift Valley. The Reserve Measures approximately 104sq. Km (approx. 65sq. miles) in size, this unfenced Savannah grassland is roughly 350km (217 miles) from Nairobi. It is relatively small in size compared to other Kenyan parks, such as Tsavo but it has more to offer as well as several endangered species. Pick up at 0630am after early breakfast from your hotel or guest house, drive to the rich agricultural area of Mount Kenya region via the famous Pineapple leading company Delmonte, you will also have an opportunity to cross the equator just before you arrive in Famous Nanyuki town for the mountain climbers. Lunch will be in Ibis hotel Nanyuki as well as a short stopover in Nanyuki Nakumatt Shopping mall. After lunch transverse to Isiolo town via Asher’s post to arrive in Samburu in the afternoon. Upon arrival check in the Lodge and thereafter proceed for the game drive which will bring you to the elephant bedroom tower. The game drive will run for about 3 hours and thereafter you will return to the Samburu Sopa Lodge for dinner and overnight.

The whole day will be spent exploring this amazing game reserve, it gives you the refreshment of your mind as the park is not populated and not many people visits here, we have a concentration of the Its home to the big five, Elephant, Lion, Rhino, Leopard, Buffalo, Gerenuk, Reticulated Giraffe, Somali Ostrich, Gravy Zebra, Besia Oryx, Endangered Wild Dog as well as Pun cake Tortoise – Endangered. There are over 450 species of birds identified and aquatic species in the Waso Nyiro River including, vultures, kingfishers, marabous, bateleurs, guinea fowl, Somali ostriches, and others. The whole day will be spent exploring the park for the whole day’s game drive.

Early Morning drive from 0600am to 0930am, then return for the full breakfast as you check out, and then drive south towards Lake Naivasha. Lunch at Thompson Fall Hotel next to the falls thereafter proceeds to Lake Naivasha which is one of the famous lakes in Rift Valley for its bird’s life as well as the concentration of the hippos. Upon arrival check in the Naivasha Sopa Lodges and thereafter for a boat ride. Explore the Lake for about 1-2 hours and thereafter embark on a walk along with the shows of the lake where you will be able to see the game. Return to the Lodge in the evening for dinner.

After the breakfast which will be from 0630-0830am check out the lodge and proceed to Masai Mara. On this day you will have lunch on the way to Narok town which is Maasai town. After lunch head straight to Masai Mara arriving early afternoon. Check in the Lodge and then proceed for the afternoon game drive until 1830hrs you will return to the Lodge for dinner and overnight in Masai Mara Sopa Lodges.

The whole day explores the park’s amazingly high concentration of game. This game reserve is Kenya’s finest wildlife sanctuary. Including migrants, well over 450 species of animals have been recorded here. Mara plains are filled with migrating wildebeest and zebra, there is also resident wildlife year-round. The Mara’s gentle fertile climate bounded by The Rift offers perhaps the richest stocked reserve set within some 1672 sq. km – an unlimited spectacle of wildlife. Located 268 km west of Nairobi, the emphasis here is on the game. Herds of immense Elephants, browse among Lion, Buffalo, Thompson’s Gazelle, Zebra, and Topi. You may occasionally sight a Rhino or Leopard. In the Mara River Hippos play and Cross bask on the banks. The annual migration of a million Wildebeest follows the rains north. After exploring the park return to the lodge or Camp for dinner and overnight.

On this day you will have a wake-up call at 0600am and have just a cup of hot coffee and then proceed for the early morning game drive, this early morning game drive will give you an opportunity to see the early morning hunt and the Big five making kills. Then return to the Lodge for the main breakfast as you prepare to check out the Park. On this morning you will also have an opportunity to visit the Masai Village and be entertained by the Masai Dance, you will also have an opportunity to buy curios and other items from the village at a reduced cost. Then leave Mara and head to Nairobi but stop at Narok for lunch, after lunch proceeds to Nairobi arriving late afternoon. You can have dinner in Carnivore restaurant is not vegetarian and thereafter proceed to JKIA to catch up with your flight back home 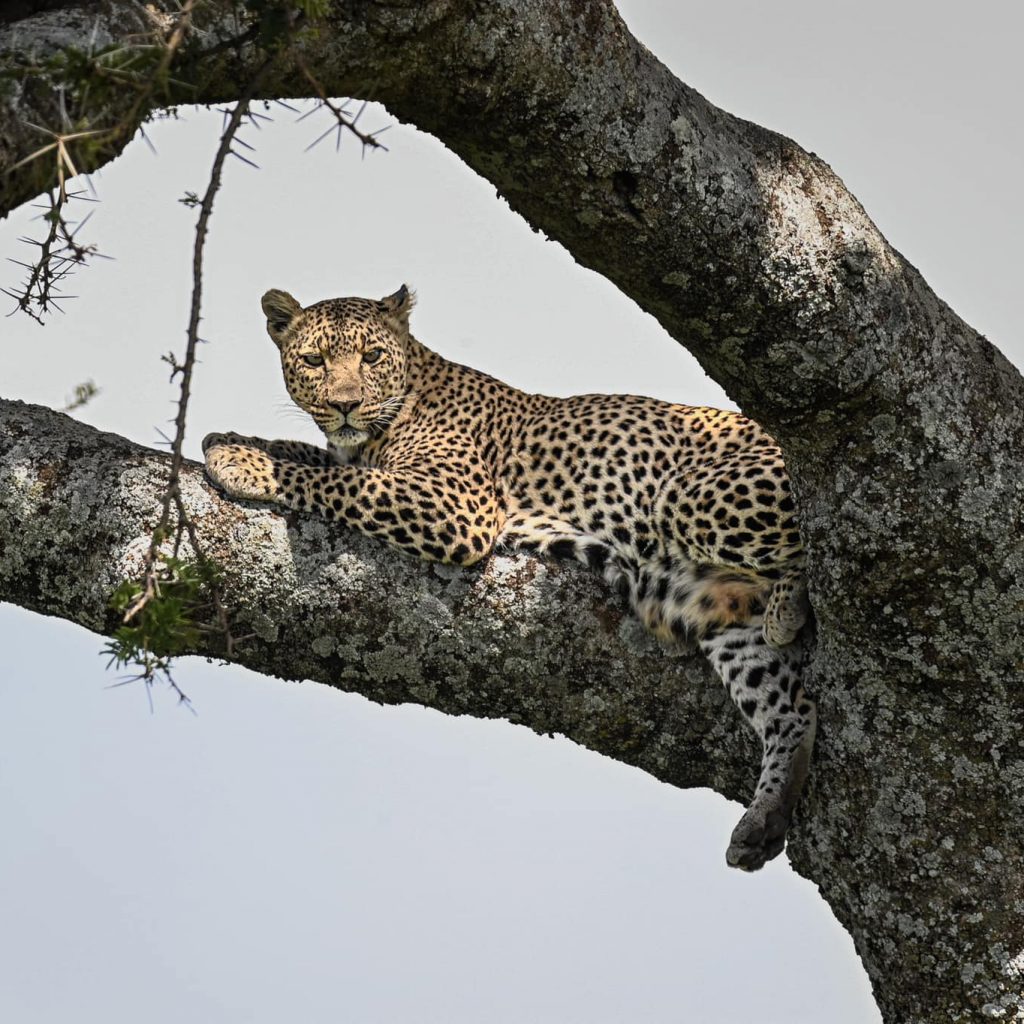